Western Products named to Qualified Remodeler Top 500 – 2019
Western Products was chosen as a Top 500 remodeler for meeting a set of criteria that includes total years in business, industry awards, community service and more.

Western Products opens its fifth location in Jamestown, ND – 2015
We are excited to offer our great products and services to our customers in the Jamestown, ND area.

Damage Control: Experts Weigh in on Best Ways to Manage Ice on Rooftops | The Fargo Forum – February 27, 2011
The ice dam cometh. Like it or not, this has been the ideal winter for ice dams. Read More

Western Products Makes Remodeling’s Big 50 – May 18, 2010
The Big 50 represents the very best that the home improvement industry has to offer. Click here to visit the Remodeling website.

Andersen® Corporation Named ENERGY STAR Partner of the Year – March 1, 2010 The U.S. Environmental Protection Agency (EPA) and Department of Energy (DOE) have named Andersen Corporation as 2010 ENERGY STAR® Partner of the Year award winner for the Product Manufacturer-Windows category for its family of brands, including Andersen Windows, Renewal by Andersen, Eagle Window and Door and Silver Line.

Western Products Ranked a Top Remodeler | The Fargo Forum – September 12, 2009
Remodeling Magazine has ranked Western Products of Fargo as one of the top 200 remodelers in the United States. >Read More

Get a Free Quote on Your Next Home Improvement Project in Fargo, ND

Discover how a commitment to quality products, professional installation and exceptional service has made Western Products the most trusted name in home improvement in Fargo and across the Dakotas and Western Minnesota for more than 70 years. Schedule a complimentary discussion with a free estimate on your home improvement project in Fargo, ND by calling Western Products today at 800-743-3632 or simply fill out our convenient request form. 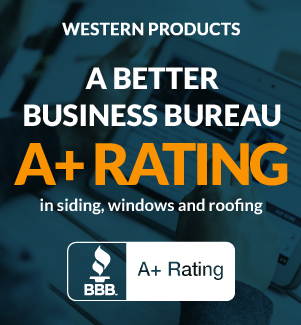